I found this image today in a box I hadn’t looked into since before the move before last. Almost 12 years ago I packed up this box full of art supplies I rarely used. Today, while trying to decrease the amount of stuff in my life I found this image. Mom and I in March 2004. Miss her.

This week was the third time I have had to cancel a trip to Italy! Covid-19, ugh. My heart and thoughts to everyone who is struggling. Let’s all sing from the windows and clap from the doors! Stay safe.  Stai al sicuro.

Wow! 2020 already. Time flies, fast, really fast. When I was 15 my imagination was convinced that by 2020 I would be in a fabulous retirement home… out amid the rings of Saturn. And we haven’t even been back to the Moon! Perhaps too much greed and too much poverty and too little adventuring has our humanity stuck in a rut.

I’m going to Italy this year. No more wishing and hoping because now the flight and hotels are booked and not only am I counting sleeps …. I leave in less than 2,000 hours.

I am very shocked and very sad to share this news of the sudden death, by fire, of my old friend and lover, Joe Cousineau. He was born in Tofino, BC and he died on February 17, in his cabin near Tofino, BC. Joe was a one of a kind human who lived life according to his own songs. Not many understood Joe, but many would find the warmth in his heart and the stories in his head, just as I did.

He sailed the seas of Barkley Sound, Clayoquot Sound, Nootka Sound and all the way to Haida Gwaii. He was the best boatman, ie: I always felt safe, as much as one can on those challenging seas. Indeed, he was born with sea legs and it was Joe’s love of the sea which encouraged me to get my own sailing Skippers ticket.

I have so many amazing memories of our time together in the Pinkerton Islands of Barkley Sound, on the float house he built. There was one trip, we had been floating and stormbound in the back of Barkley Sound for weeks, in a cold and dark February. One day the sea seemed calmed enough, at least from our perspective, to head to town. So the tugboat Moe was fired up and we cast off.

However, on the other side of Hand Island, the sea was not so calm and even though it was my suggestion, there was no turning back. The swells were approaching from every direction. It seemed to me that the entire Pacific Ocean was piling and roiling on that shallow rock beneath us, as we headed past Beg Island and into Ucluelet Harbor.

Those swells, the thumps of them ending in green water cascading over the wheelhouse, on that stunning midwinter day. I was trying not to get too scared-sick while being awed by the beauty of it all.

And Joe, he was singing.

I don’t ever remember Joe being a singer, but on that day he was belting out every Christmas carol he could remember. About halfway across the passage, we noticed the hawser, a tow rope, had fallen off the stern and was going to sink, then wrap itself around the prop. Joe was finessing that wheel, and singing those songs, and by osmosis was encouraging me to hang on with my eyelashes, and wrangle that wayward hawser back onto the deck. What team work!

Oh memorable moments, one loves those which can be told over and over for decades.

When on the water, Joe would always get the destination. He was the one who was the most adept with those swells and those rocks and that fog and that rain. I would have gone anywhere with him, as long as it was on water.

And who could forget the time, at the Port Townsend Wooden Boat Festival, where Joe and I were the invited partiers onto a big and beautiful multi-story converted tugboat. Just before docking, we learned the engine had now gone haywire and we were about to ram into the event jetty not 100 meters away. When all else fails, the skipper let Joe have at the engine and, of course, Joe stopped that ship. It was a moment that saved not just a gorgeous ship, but likely the lives of those onboard and on the docks.

I would have more pictures, except a few days after we met, Joe left my camera on the beach at 52 Steps. The tide came in and the tide went out. He found the camera, about 300 meters from where he had left it. It was a day’s search, and it was that day I fell for the guy, and damn the camera.

Although it has been a decade since I last saw Joe, and more than two decades since we hung out together, He will always have a special place in my heart and mind. If I thought he could hear me, my last words for him … “Go gentle on yourself, Joe.”

Thank you Eydee and Anamarjia for seeking me out at this sad time. I know he loved you very much and to have him gone now is a big hurt. Big hugs all round. 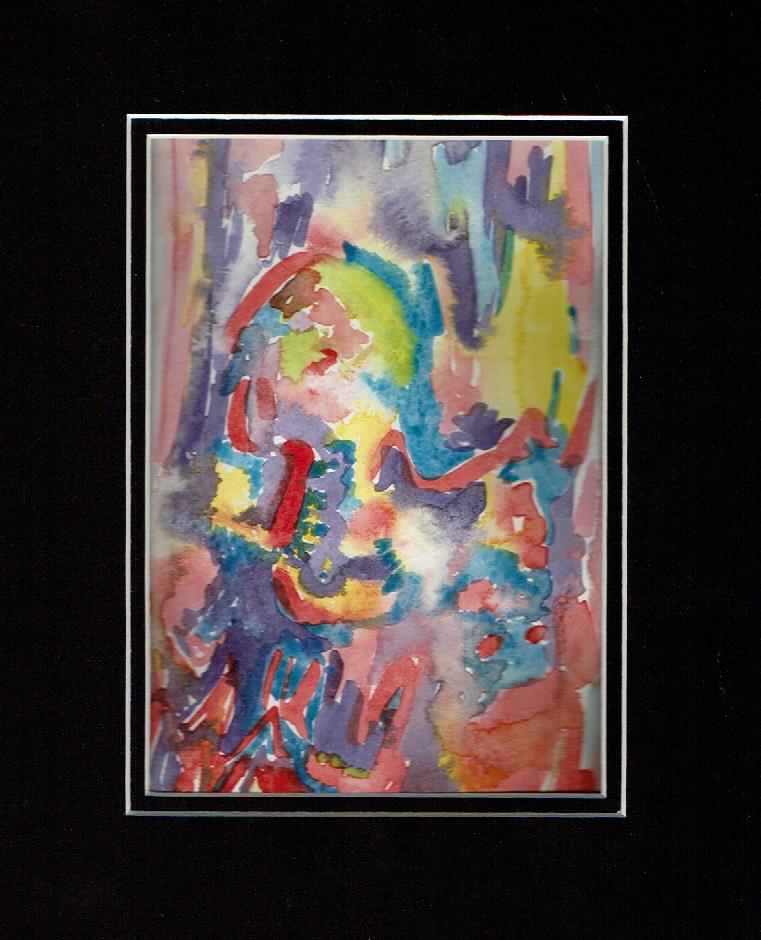 Until today, I had a secret.

Since last September my response to a  right-wing surge in western/eastern culture, brought on by years of 911 leading to theofacism,  is to play with watercolor paint.  My goal is 10,000 hours.  So, at three hours a day, this will take 3,333.3 days or just over 9 years.  Today, my artly skills and expectations are still very low.  Politics is still troubling.  Am I sharing my production?  Probably not, not unless we share some tea first.

Yet, even art is about politics.

Dear Justin Trudeau … It’s not all about the jobs.  It’s about the law too.  It’s about social and environmental justice.   How do you even know it’s the 21st century? Certainly not by dirty pipeline expansions.

Justin, I just don’t get you anymore.  How does a perfectly rational, 21st century feminist, Pinker reader, privileged with kids, son of PET, start thinking that bigger pipelines and bigger tankers are a good idea?  How does that even happen in your head in 2018?

In anycase, it’s not too late for you to get on the justice side of history. Just do it, Justin.  Save the whales.

If you just got here … it’s almost time… and what is time anyway?

Quote of the day

A woman knows by intuition, or instinct, what is best for herself.
Marilyn Monroe